5000 Years of History' in a Day World Heritage Tour 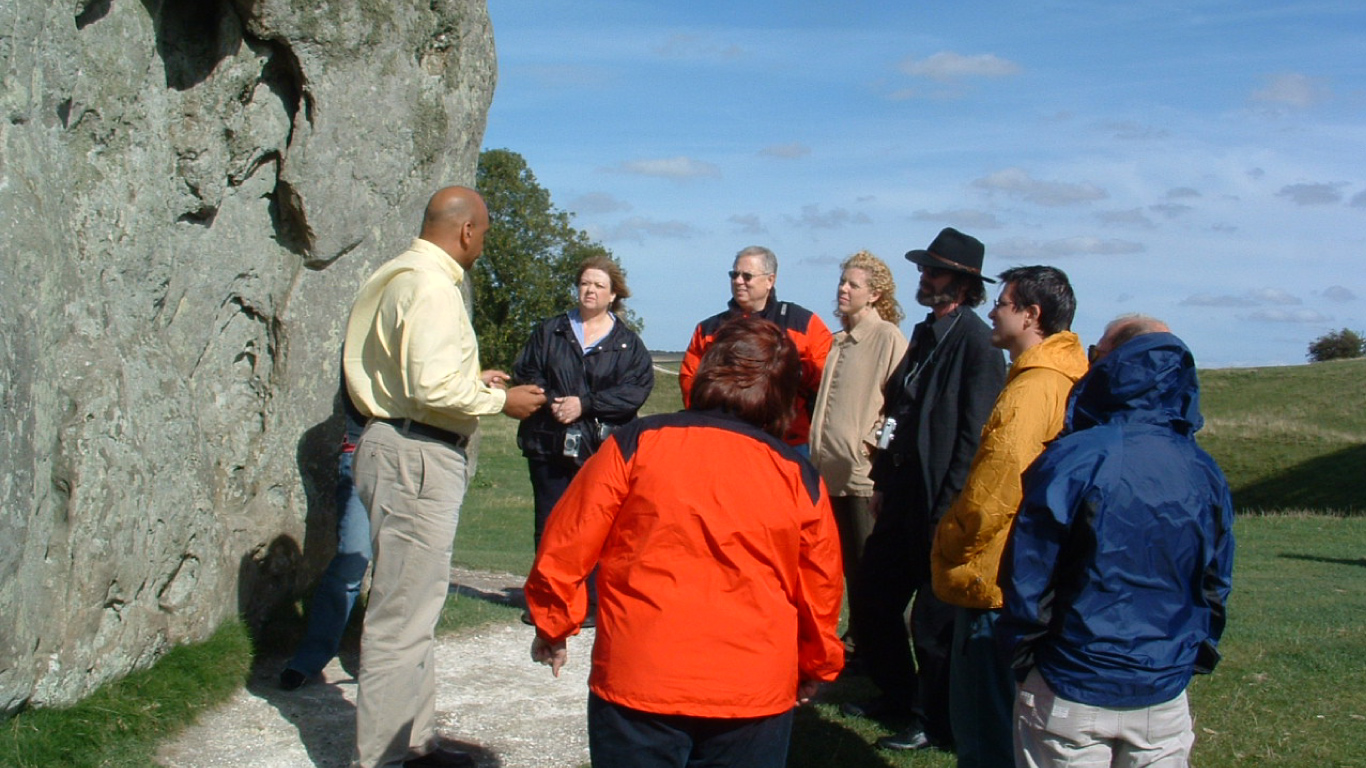 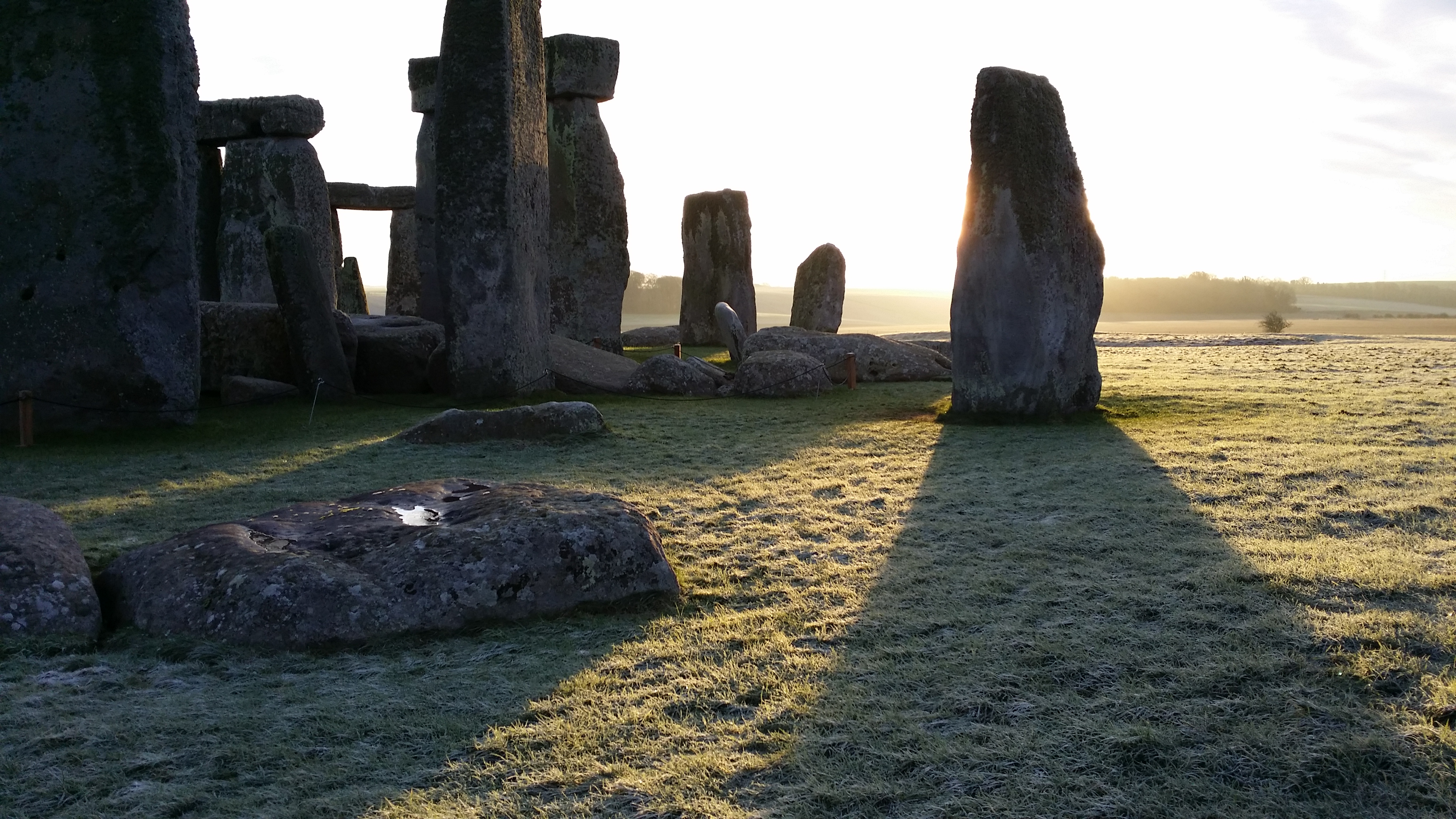 Stonehenge, Salisbury & Avebury - The Mysteries of Ancient Britain - A wonderful journey through 5000 years of time, exploring the mysteries and rich heritage of ancient Britain.

Visit the beautiful medieval city of Salisbury and explore the magnificent Cathedral crowned with the tallest spire in Britain and built by medieval craftsmen back in the 13th Century. Salisbury probably has the finest medieval cathedral in Britain. See one of the only four surviving original texts of the Magna Carta in the Chapter House. The Magna Carta is one of the greatest constitutional documents of all times, showing the agreement reach between King John and his barons in 1215 AD. Wander around the picturesque streets of this ancient market town viewing the magnificent black and white Tudor houses or visit the traditional local market that has been a feature in the city for over 800 years.

Afterwards, we visit  Old Sarum Castle, one of Britain's earliest settlements and the site of the original city and Cathedral of Old Salisbury. First occupied over 5000 years ago, it has been occupied and defended in turn by the Romans, the Saxons and the Normans. After continued conflict between the castle garrison and the clergy, lack of water supply and general overcrowding, the city as we know today ‘Salisbury’ was formed as an alternative city to Old Sarum. Explore the ruins of this once thriving city in their ancient and beautiful setting, and enjoy spectacular views over the sweeping landscape of Salisbury Plain.

After lunch and free time, we travel up the Avon Valley taking the back roads to Stonehenge, through the Woodfords, passing thatched cottages with well kept gardens.

Henge’s are lonely and inspiring pagan temples, which never occur outside the British Isles. Hear about the many myths, legends and mysteries of this famous World Heritage Site of Stonehenge, built over 5000 years ago. Stonehenge is unique with its horizontal ring supported by megaliths. The sight you will see today is only the last stage in the amazing story. The famous Heel Stone was erected back in 3100 BC. Nearly six centuries later man was still adding to Stonehenge with the Y and Z holes being dug around the stones and even later still the Avenue was extended. Take time to reflect upon its powerful, mysterious presence and the ancient engineering and design. Why not visit the official gift shop for those souvenirs to make your friends envious of your experience.

As we meander through the countryside to Avebury, we pass famous white horses carved into the chalk hillsides and picturesque, tucked away villages. We explore the mysterious phenomena of crop circles and take a closer look at any which may be in the area (seasonal generally from May to August). Their appearance is always unexpected, unpredictable and largely unexplained. We will pass ancient burial mounds and the mysterious Silbury Hill. This is Europe's largest prehistoric man-made monument yet still a mystery to modern day man. The sheer volume of Silbury Hill rivals the Great Pyramids of Egypt. It is estimated that it would have taken a team on 500 men approximately 15 years continual no-stop building to have completed it. Unlike the Pyramids there is no explanation as to why the hill was built or for what purpose.

While at Avebury we visit the largest stone circle in Britain and the product of over 500 years of effort by Neolithic man. Enjoy a walking tour of this ancient site and try your hand at the ancient art of dowsing. Prepare to be amazed! There's also time to explore the charming village with its thatched cottages, antiques and village church. Maybe enjoy a traditional cream tea or if you are feeling brave enough why not try some local ale in Avebury's haunted pub before we return back to the present - London.

"A truly legendary day out in the ancient Kingdom of Wessex"

I've traveled extensively to several countries and taken many tours, and I've found your company's tours to be the best planned and best guided of all. Your driver/guides are very friendly, knowledgeable, and humorous. And they will always try to accomodate a special request if they can. Well done!